The new stage of development for IPTP publishing house is the edition of “Psychosomatics” International Scientific Journal. It will be electronically published starting from the year 2015, and will be found here at iptp.ru. The works that pass the editorial selection will be published in paper version of the journal. The journal will have ISBN and will be forwarded to all the leading libraries of the world, including the USA Congress library and others.

The journal have 4 thematic sections consolidated in one main theme: the connections between the personality’s psyche, illness, ideology and adaptation. Preference will be given to the works that will have the theme of comprehensive assessment of the state of the psyche and the collation of assesment results with:

Theoretic works will also be published, as well as thematic literature reviews.

As a supplement will be published the doctoral researches in medicine and all areas of psychology.

The Editorial Board of the journal includes all members of the Scientific Council of the Institute.

You’ve done a miracle! After six years of life with my husband I’ve finally got pregnant and am already at the fourth month. I feel myself fine.

When I’m good, I remember with gratitude what I learned from you, and when I experience troubles and difficulties — I overcome them with your help. 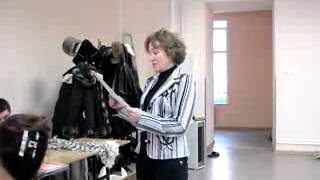