Human pass many stages on their way of adaptation for the family relations. Human personality, character and psyche are continuously formed on the background of family relations, starting from the perinatal period. This period of human life is often underestimated because of existing difficulties of direct contact with the prenate.

As we have revealed in our researches, during the intrauterine development period the prenate forms sustainable dissociative personalities that are able to control his/her behavior later during the life. The system of parental upbringing also influences on the formation of dissociative personalities. In this period the only defending entity that cares about the child is his/her family (first of all the parents). The absence of proper care and neglecting the interests of a child particularly adversely affects during this period. During this period raise some serious diseases that may subsequently acquire a chronic form, for example, chronic tonsillitis, which does not disappear even with the tonsils extirpation. The system of reward and punishments that is accepted in the family can create a genius, or vice versa, make him/her for the rest of life a neurotic not adapted for life neither in family nor in macrosocuim.

The main reason of emerging difficulties for adaptation of grown-up people for marriage (and respectively, the reason of the huge quantity of divorces) is the already formed worldview that is heavily driven by dissociative personalities. Integrating and submission of these ones into the system of the “central” personality, accepting the worldview of the central personality creates good conditions to recreate harmonic family, even when the family is almost or already destroyed.

Our methods have proven their effectiveness on practice (there are hundreds of families that have preserved their integrity using mutual understanding and respect of family members to each other). It is worth to mention that the physical and mental health of family members is significantly improving right after recreating the healthy “climate” within the family. Such work is done on all level of our seminars (“Dominant”, “Art Therapy”, “Psychosynthesis” and others) and individual consultations, where almost all range of modern psychology methods is used. In this field the high-grade specialists are professors Natalya Kovalenko and Shamil Tashaev. The results of their work exceed all expectations.

You’ve done a miracle! After six years of life with my husband I’ve finally got pregnant and am already at the fourth month. I feel myself fine.

You can congratulate me. Thank you and Tatyana Alekseevna. My cyst on the ovary has disappeared. Doctors say I should not play a fool with them and that I can give birth now as much as I want to...

I am really moved by your most interesting article. It is indeed going deeply into personal, philosophical and psychosocial issues. 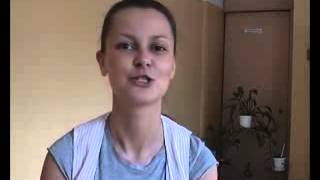